Tuesday, March 14th at 2:00 p.m. Michigan based historian and songwriter Bill Jamerson will present the program “It’s Daylight in the Swamps,” at the Princeton Public Library on Tuesday afternoon, March 14 at 2 pm. His musical programs contain stories of strength, wit, and charm – they are as entertaining as they are informative, as honest as they are fun. His programs are appropriate for people of all ages.

“Daylight in the Swamps” was a phrase shouted by the lumberjack cooks each morning to wake the men at 5 am. With guitar in hand, Jamerson sings traditional lumberjack songs, tells stories and tall tales about life in the lumber camps. He takes his audience on a musical journey with songs about working in the woods, living in a bunkhouse, the hardships of river drives, the importance of camp food, and going into town in spring. He also tells stories about the lives of river men who drove the logs to the saw mills each spring. Most of Jamerson’s stories he has collected first hand from men who worked in the woods or their children and grandchildren. His interest in lumberjacks began as a child when his grandfather told him stories about working in the woods.

In camp, lumberjacks entertained themselves in the evening by reading, sewing, playing card games and telling tall tales. Jamerson shares several of these stories including the legend of the “side hill gulger,” and the feared “hoop” snake. He explains how many of the lumberjacks saved money to purchase land or bring family members over by ship from the old country. Most lumberjacks aspired to be homesteaders. Many continued to work in the woods to support their families each winter even after they had a farm.

Jamerson performs songs from Earl Becks, “Lore of the Lumberjack.” The wording in the songs changed as they passed from camp to camp and state to state. Some of the songs Bill performs include, A Lumberjack’s Life, which tells of the hardships of working in the cold. Jack Haggerty is the story of a broken-hearted river man, and Men at Play explores the revelry when lumberjacks blew into town. A Shanty Boy in the Pines tells of the many jobs g in the woods while The Ballad of Jimmy Hale is the story of a young man who met an early death. Pete Bateese is about a Frenchman who always gets in trouble, and Shanty Boy Wins tells of the rivalry between farmers and lumberjacks. The songs range from foot stomping jigs to soulful ballads.

Bill Jamerson is an author, a PBS filmmaker and songsmith. He presents his programs in schools, libraries, festivals and other venues. To find out more about his performance, visit Bill’s website at www.billjamerson.com.

Per new CDC and IDPH guidelines, as of Thursday, July 29, MASKS are required for EVERYONE (age 2 and up) entering the library until further notice.

Princeton Public Library has resumed normal browsing, but will continue to provide lobby pickup for book and DVD orders for those patrons who prefer it. Please let the Circulation Desk know if you want requested materials held at Circulation or checked out for lobby pickup.

Get to know our great resources! Video and web-based tutorials included to help you navigate the wonderful tools at your fingertips with your library card.

New Books and DVDs at PPL 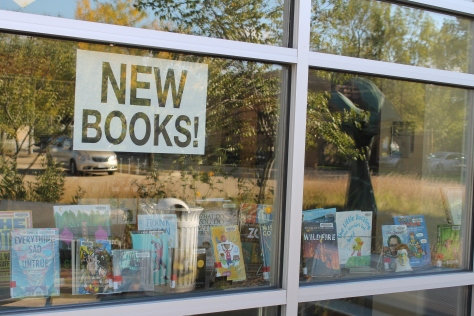